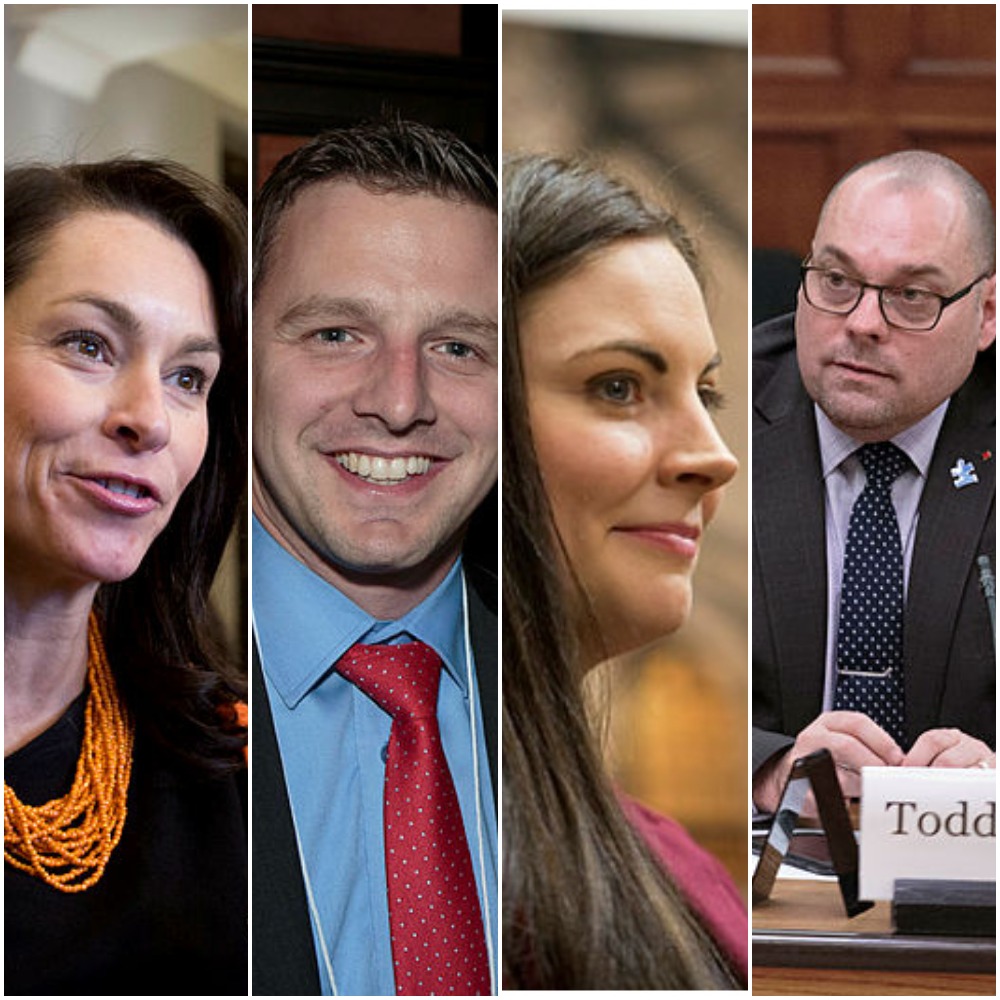 A group of parliamentarians are calling for a pilot program to drastically shorten the length of time it takes for new ALS drugs to go from a Health Canada approval to being available on provincial and territorial formularies.

“If Health Canada can approve something in six and a half months, the provinces are taking sometimes up to 18 months or longer even … for their approval process. Time is not on the side of those that are fighting today,” said Todd Doherty (Cariboo—Prince George, B.C.), Conservative MP and the co-chair of the ALS all-parliamentary caucus, during a virtual press conference on March 11.

The ALS caucus wants to change that, and is hoping a parliamentary petition tabled in the House of Commons by Heather McPherson (Edmonton Strathcona, Alta.), the NDP deputy House leader and an ALS caucus member, will motivate Health Minister Patty Hajdu (Thunder Bay—Superior North, Ont.) to take some action.

With 25,672 signatures, petition e-2971 calls on Hajdu to develop a pilot project that would reduce the delay in obtaining access to Health Canada-approved ALS treatments to a maximum of three to six months. The petition states that a pilot focusing on ALS drugs could serve as a way to speed up review processes for medications for incurable and terminal illnesses.

During the press conference, McPherson said she was proud of the non-partisan nature of the petition, saying the issue is too important to be a “political football.”

Health Canada can conduct a priority review that would cut the approval timeline to 180 days from 300 days for drugs for serious conditions. But that’s just the beginning as those drugs then require a health technology assessment by the Canadian Agency for Drugs and Technologies in Health (CADTH) or the Institut national d’excellence en santé et en services sociaux in Quebec, a pricing review by the Patented Medicine Prices Review Board (PMPRB), and pricing negotiations between the pharmaceutical companies and provincial/territorial governments.

During the press conference, Francis Drouin (Glengarry—Prescott—Russell, Ont.), a Liberal MP and co-chair of the ALS caucus, noted that meant that edaravone, an ALS drug approved by Health Canada in 2018, didn’t land on public formularies in Ontario and Quebec until 2020.

ALS on the Hill

ALS, or amyotrophic lateral sclerosis, is a neurodegenerative disease that will impact a person’s ability to physically move as the brain loses the power to send messages to the muscles for that movement. ALS Canada says that 80 per cent of people with the disease die within two to five years of diagnosis, and approximately 1,000 Canadians die from the disease each year.

Parliamentarians saw in the House firsthand the breakneck speed with which ALS can affect a person. Liberal MP Mauril Bélanger lost his battle with the disease in August 2016 after having been diagnosed in November 2015, just weeks after being re-elected. He was 61 years old.

“I was struck by how fast it took a vibrant man in the prime of his life with a promising political career, and how …  quickly those aspirations and his life really deteriorated,” said Doherty, referring to Bélanger.

The petition was spearheaded by Norman MacIsaac, an ALS patient from Montreal, Que. MacIsaac, who participated in the press conference, contrasted the amount of time needed to review most new drugs compared to the recent approvals for COVID-19 vaccines. A typical review “can take years – years that ALS patients, like me, do not have. We have seen COVID vaccines are approved within a couple of weeks, and made available almost immediately. That is not the case for ALS drugs.”

Both Doherty and Green Party MP Jenica Atwin (Fredericton, N.B), another ALS caucus member, also noted that COVID-19 has shown that governments can work quickly when there is a will to do so.

For example, the first two COVID-19 vaccines approved in Canada were submitted for a health Canada review last October and approved in late December. Vaccinations using the Pfizer/BioNTech product began that same month, while inoculations using Moderna started this past January. The vaccines were subject to processes specifically implemented because of the pandemic and did not go through a traditional Canadian drug review.

MacIsaac said he wants the federal Liberals to “play a leadership role” in bringing bodies like CADTH and the pan-Canadian Pharmaceutical Alliance (a coalition of representatives from federal, provincial and territorial governments that negotiates public drug pricing) together. The goal would be to enhance co-ordination of these processes so that some are done in parallel, as opposed to one after the other.

If Hajdu were to pursue a pilot project, her department could soon have an ALS-specific candidate. Amylyx Pharmaceuticals, based in Cambridge, Mass., announced on March 9 that it will submit their ALS drug, AMX0035, for Health Canada’s approval.

“Let’s use this as a test case scenario and … we’re asking all organizations that are involved in this to make sure that they can beat that timeline of two years that [occurred with] the last drug that was approved in Canada,” said Drouin.

AMX0035 has proven itself to slow down the neurodegenerative process of ALS, and is the first time a drug candidate has shown a positive impact on both a patient’s ability to function and live longer, according to Justin Klee, co-founder and co-CEO of Amylyx.

Specific benefits include positive impacts on muscle strength and breathing. Over time, the drug has led to a “statistically significant increase in lifespan,” Klee said in a virtual interview with Hill Times Research on March 10.

There is an “unmet medical need” for medications for ALS, he told Hill Times Research, adding there are only two medications currently approved for the disease. (In addition to edaravone, Health Canada approved riluzole in 2000.)

Klee and Josh Cohen, also a co-founder and co-CEO, have been in regular communication with Health Canada and have received “encouraging” feedback on AMX0035, Cohen said during the virtual interview.

The CEOs are aiming to submit the drug for approval in the second quarter of this year, with a possibility that it could go through a priority review process. Whether a priority review is an option is decided by Health Canada.

Following the interview, Hill Times Research asked Klee and Cohen by email on March 11 for their thoughts on their drug possibly being used for a pilot project to speed up Canadian drug regulatory processes.

“Amylyx is here to serve the ALS community. We are very excited about petition e-2971 and the Canadian Parliament discussions on ALS. We are committed to doing everything we can in collaboration with Health Canada and Provincial authorities to accelerate access to AMX0035 and other potential therapies for ALS as much as possible,” states the joint response.

As Amylyx continues working on its submission document, Canada’s federal drug regulatory environment is preparing to see dramatic changes in the way that prices of patented medicines are regulated by the PMPRB. A part of the federal Liberals’ plan to reduce drug prices, new regulations are set to come into force on July 1, 2021. The changes have led to contentious public discussions, pitting the federal Liberals and the PMPRB on one side, and many patient groups and pharmaceutical manufacturers on the other side. Those opposed to the new rules have argued that they will affect patients’ access to new medicines.

Cohen told Hill Times Research that they are keeping the PMPRB changes in mind as they prepare to submit the drug, and Klee said the new rules are a concern, but they are determined to bring this drug to ALS patients.

“If there’s a path forward, we need to get [AMX0035] to people. So, certainly reimbursement is a very important consideration … Our goal and hope is that with the funds that we could make, that we can pour this back into research,” Klee said.

Cohen said they continue to research a possible price point for AMX0035, and are thinking carefully about the issue.

“However the research ultimately turns out on price or otherwise, our view is that if patients can’t get it because of that, we’re not doing our job very well,” he said.

Klee added that if Amylyx, the PMPRB and other entities like public and private payers have the same goal of ensuring access to ALS patients, then they’ll find common ground.

The duo also plan on requesting to be included in Canada’s special access program, which allows eligible patients to access medicines that have not been approved by Health Canada. Amylyx would absorb the costs if AMX0035 was added to the program.

During the press conference on March 11, MacIsaac shared his concerns about the PMPRB changes in response to a question from Hill Times Research. “We’d like to ensure that [drug pricing] takes into consideration the entirety of health costs,” he said. “If I have a drug to slow my disease down by six month, it means my wife continues working, continues paying taxes; I don’t need people coming … to provide [health] services; I’m able to live without a respirator … There are a lot of cost savings in introducing a new drug.”

He added he is concerned that drug companies focusing on therapeutics for ALS might not bring their medicines to Canada because of the changes.

Liberal MP Drouin said the ALS caucus has discussed the new PMPRB rules and that “we do have to create an environment where pharmaceuticals do want to come to Canada, especially for terminal diseases like ALS.”

Hill Times Research reached out to Hajdu’s office and asked if she would be willing to build a team to look at a pilot project. Her office was unable to respond before press time.